SMD buzzer-analysis of its application

The SMD buzzer can be called a signaling device found in electronics. Generally, SMD buzzersare used in home appliances and automobiles. It also consists of multiple switches and sensors connected to a control unit. Devices usually determine which control button is currently available. SMD buzzers were previously based on the operation of electromechanical systems. In this case, the system will sound an alert to warn the user. The sound usually comes in the form of a continuous buzz and can also beep. In the past, the device was designed based on the clock's functional operating mechanism. However, it does not have a metal gong, which usually makes ringing noise. The SMD buzzer is currently undergoing various conversions, as highlighted in www.manorshi.com. 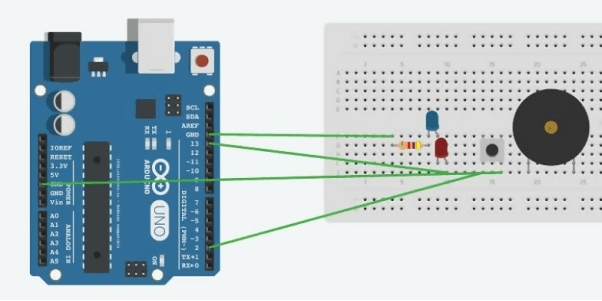 The unit in the SMD buzzer is usually fixed to the wall. They can also be mounted on the ceiling as effective soundboards. Another application of the SMD buzzer is to design circuits in some AC-connected machines. The circuit will then be used to generate hum and sound when connected to the circuit. In modern times, the SMD buzzer is a prominent buzzer for creating ceramic-based piezoelectric sounders such as Sonalert. You will be surprised to find that this device produces different sounds.

Generally, a buzzer produces some form of sound because it has an electrical effect, which is produced by ceramics and affects the vibration of the metal diaphragm. The magnetic buzzer works based on electromagnetic principles. Various square wave driven SMD buzzers. Therefore, the magnetic buzzer should have a higher voltage to make it work normally. At the same time, the SMD buzzer can be easily driven to produce higher frequency sounds.

The SMD buzzer can also be used in game displays and it is often referred to as a locking system. This is based on the fact that when individual signals beep, the others will eventually be locked up. Therefore, they cannot signal. This buzzer has been used in several game shows. This is main because it is called a large buzzer button with multiple plungers.

The SMD buzzer production line is used in major industries as the first to be clearly identified.

From small buzzers to large buzzers available on the market, this series of audio indicators is suitable to meet the different requirements of challenging applications in different industries. Coupled with online tools and extensive customization capabilities, you should be able to trust the unique audio alerts provided by the SMD buzzer.

In short, the SMD buzzer, as the name suggests, generates some form of sound from electromechanical equipment. Sound is usually operated by AC voltage in different cycles. The buttons used to display the beeps and other sounds of ringing.